As the most important gateway to Tibet, Chengdu operates more than 30 flights between Chengdu and Tibet(Lhasa, Nyingchi, Shigatse and Qamdo) in summer and autumn days from early morning about 6am to late afternoon around 9pm. If you are planning a travel to Tibet, you can choose Chengdu as the flight departing hub because it has a much more frequent flight schedule. While in other cities like Beijing, Xian and Shanghai, it is quite difficult to book flight tickets especially during tourist peak seasons(June to October).

Why Take Flight to Lhasa from Chengdu
1.Chengdu operates the largest number of flights to Lhasa each day, usually around 12~17 flights each day during April to October, which not only ensure a flexible choices of flights, but also a cheaper fare.
2. It takes only about 2.5 hours to fly to Lhasa from Chengdu, which is much shorter comparing with Beijing (4.5hrs), Xian (3.5hrs), Shanghai (7hrs), and Guangzhou (6hrs).
3. There are many international airlines operating direct flights to Chengdu. You can take flights to Chengdu from Amsterdam, Los Angeles, San Francisco, Frankfurt, London, Bangkok, Kuala Lumpur, Seoul, Tokyo and Singapore, etc. The number of international flights to Chengdu is still growing.
4. Chengdu is well connected to other cities in China, with daily flights arriving from Beijing, Shanghai, Guangzhou, Shenzhen, Kunming, Xian, Hong Kong, etc.
Chengdu to Lhasa Flights Timetable

There are also about 13 flights to Chengdu from Lhasa each day. Most flights are daily flights. While a few of them fly at a flexible schedule. Check out following latest updated Chengdu to Lhasa flights schedules: 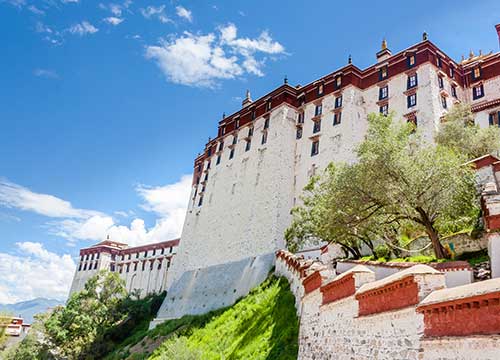